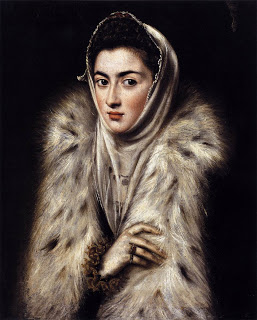 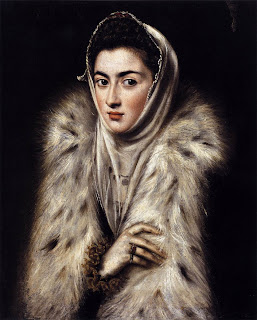 When Susan Barr-Toman (author of the beautiful When Love Was Clean Underwear, and the upcoming children’s book Mary Mulgrew, What Did You Do?) tagged me on her post to be part of the The Next Big Thing, I was flattered and anxious. Flattered that Susan, who is talented and hard at work on a third book, has faith that I may eventually spit out something new, and anxious lest lifting the veil may toll the death knell of those feeble wafts of inspiration to which I currently cling.

I’m juggling two projects at the moment. Not very skillfully, one or other is always in danger of crashing to the floor. I seem to be, unintentionally, writing an essay collection, while, intentionally, planning a novel, neither of which I would be able to do were it not for the fantastic support of the NEA (me and Big Bird: the twin-axis of evil behind America’s current economic decline). I enjoy pivoting between fact and fiction; they have different demands. My non-fiction is more analytical, cooler-headed, and often about subjects that I know next-to-nothing about and appear to have bugger all to do with me. By risking pedantry, I find it easier to get the words on the page – it’s akin to homework – though I am not always convinced that it matters. With fiction, I’m ashamed to say, I get all panicky and ‘artistic’ because it’s an act of ventriloquism to construct an entire world. I’m trying to combat such mannered nonsense by doing the kind of rigorous research I undertake for an essay – trying to con myself into the non-fiction approach. Nevertheless I’m less superstitious talking about the former genre, so I’ll tip-toe around that flighty muse….

What is the working title of your book?

Right off the bat, sorry, can’t tell you the novel’s title; that would rattle my voodoo! The essay collection has several though, all indicating its utter lack of cohesion, namely: “Swithering,” (rats, haven’t I used that already for something else?), “Haverings” (another Scottish word meaning to jabber on and on about something without reaching a relevant point), or “Wibbling” (ditto).

Where did the idea come from for the book?

The essay collection is accidental. I never had the slightest intention of writing non-fiction, other than book reviews, and I had a pathological dread of succumbing to memoir. It just happened. Like stubbing your toe on a door jamb. I write about things that interest me (stamps, art, rocket ships, etc) as a way of coming aslant at personal subjects I’m doing my damndest to avoid (life, love, death, etc). At the moment I’m captivated by a particular Spanish painting as it relates to my grandfather but what actually intrigues me is familial myth and misattribution.  Everything, essay or novel, is inspired by landscape and voice; I read a poem, walk a street, feel weather, listen to a piece of music. Influences build up and overlap that I try to visualize on pin-boards (currently pantomime, Glasgow’s dodgier urban planning, Spanish art, Culloden, bluebells, Tenniel, Shakespeare, sorcery, the sadder side of Scottish cuisine….) then I hear voices – not only the narrative voice, but the characters’ dialogue – then the form takes form almost simultaneously with the plot/story or essay/theme, like railway tracks which had been running in parallel that suddenly converge. I realize the previous sentences make me sound completely bonkers. All I know is that I often don’t know what I am doing, but whatever it is I am doing, I’m painfully aware that I’m not doing it well…

What genre does your book fall under?

The essay collection is non-fiction with creative flights of fancy, and the novel will be fictional, though heavily leavened by fact.

Which actors would you choose to play your characters in a movie rendition?

Imagining your characters inhabited by specific actors is weird, and risks inhibiting the creative process. Crivens, I don’t know. Tilda Swinton and Joaquin Phoenix could have a stab, I guess, if they absolutely must….(!)

What is the one sentence synopsis of your book?

How long did it take you to write the first draft of your manuscript?

Still at it. I’m working on essays four and five consecutively, waiting to see which narrative ‘bites’ and shunts into place, and I have another four to go. The first three took me two years, so given this thundering pace I should be done by the time I’ve stopped wiping my girls’ noses and they’ve started wiping mine. Meanwhile I’m in the midst of novel research, which requires traveling, which raises child-care challenges, and not much is down on paper beyond jottings mystifying even to myself though volumes rattle around in my head. I moodle extensively before a draft – then it all comes out in a incoherent rush. Eighty percent of my time is spent editing – the dispiriting attempt to make the bland, two-dimensional slop in the page somehow match the glorious, fireworks-in-the-belly feeling I got during the first flush of inspiration. 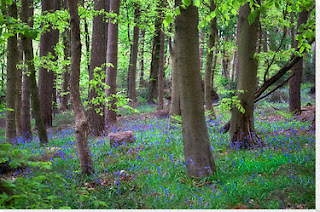 What other books would you compare your story to within this genre?

I hope the essays are about ideas rather than about me; some might label them ‘personal, or perhaps ‘lyric’ though I’m unclear what these terms really mean, but I’m inspired by the form and approach of such as Eula Biss, Susan Orlean, Joan Didion, David Foster Wallace, and Elif Batuman. I assume the novel will be subliminally influenced by everything I’ve ever read that has shaken me to the core. Authors I’m returning to while moodling include Torrington, Hazzard, Saramago, Warner, Greene, Joyce, Nabokov, and Woolf. And, of course, the divine quartet of Murdoch, Bainbridge, Mantel, and Spark.

Who or what inspired you to write this book?

My work is a compulsion. I can’t not do it. I become obsessed with things or events or ideas that seem to be disparate and I can’t shift until I’ve ‘worried’ them onto paper. The triggers behind the novel are random and shifting – a backstage photo of an actor prepping during the half, hearing my husband recite a Shakespeare soliloquy he’d learned at school, a bus journey through Glasgow on a wet day.

What else about your book might peak the reader’s interest?

The novel is set in Scotland and I‘m interested in the counterpoint of voice and form, while wanting to tell a rollicking good story without being afraid to take a big swing at the human condition – at lust and jealousy, love and greed – so the reader would need to be willing to take a risk with me because I think I only have one novel in me and it’s possible that I will fail entirely. Stories and essays are the human mind singing on paper and the reader has to love the music of a particular voice, and that’s not something a writer can do anything about.

Okay, I’m done, and now onto the enjoyable task of inviting you to check out The Next Big Thing from those writers whose work I admire: the divine Jessica Anya Blau (my first writing mentor!), author of The Summer of Naked Swim Parties and Drinking Closer to Home; the award-winning Renaissance man Ron Tanner, author of Bed Nails and From Animal House to Our House: A Love Story; and the lyrical Jane Satterfield, poet and memoirist, author of Daughters of Empire and Assignation at Vanishing Point.