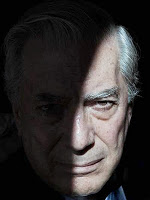 Fell off the blogging wagon for a while there, folks, but onwards, as A.L. Kennedy would say… 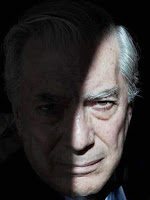 The bookies favorite for tonight’s Man Booker Prize is Tom McCarthy’s C. Tune in later to find out if they were right. I’ve no corner to fight, having so far read none (no, not even one), of the six books on the shortlist.


Philip Roth is once again left to weep into his wee pillow having been pipped at the Nobel post yet again, this time by the Peruvian writer Mario Vargas Llosa, author of such works as The Feast of the Goat, The War of the End of the World, and Aunt Julia and the Scriptwriter. A rumor that his ‘frenemy’ Gabriel Garcia Marquez had tweeted “now we’re even”was later denied. Perhaps Mr. Roth is not political enough? Perhaps his white, middle-class life in a freedom-of-speech democracy will always scupper his chances?


Lorrie Moore’s essay about The Wire, published in a recent issue of the NYRB gathered a lot of appreciative blogging traction. I enjoyed it, being one of those folks, like Moore, who came to the TV drama late in the game. It seems to have reactivated the debate about whether or not the series is racist in its depiction of inner-city life.


Washington D.C. book store owner and long-time supporter of the literary arts, Carla Cohen, has died.  Politics and Prose had been getting ready to change hands once a suitable buyer could be found. It’s unlikely we’ll find someone so passionately committed to community of letters, but we can hope.


It’s fun to read the widely disparate responses to Jonathan Franzen’s Freedom; I suspect it might be more fun than actually reading it. Now I’m being preemptive and unfair. But I did my duty and bought a copy and it looms near my desk – I will get to it anon… Those who have read it already can stick their oar into the current New Yorker book club.