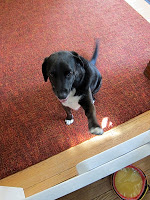 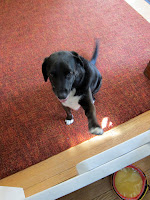 Hastily compiling the blether while the dog paws dejectedly at the baby-gate….


Anis Shivani causes a ruckus in cyberspace with his listing of the fifteen most over-rated contemporary writers in the Huffington Post. I have to say the only one I feel compelled to defend is Michael Cunningham…


The Authors’ Guild weighs in on the Wylie Agency / Publisher war, following John Wylie’s announcement that his agency intends to sell electronic editions directly and exclusively to Amazon bypassing publishers, via their own newly-formed e-publishing arm, Odyssey Editions. This is not a passing skirmish, but indicative of the ever-bloodier revolution in publishing. The Guild appears pro the exercising of authors’ electronic rights but against an Amazon monopoly.


The world of letters and journalism mourns the passing of historian Tony Judt, who lost his battle with Lou Gehrig’s disease on 6th August.


The Man Booker longlist was announced on 26th July, with the list of 13 books causing a little ripple of chatter based due to not only the inclusions, but the no-shows… Current favorites are David Mitchell and Tom McCarthy and excerpts from most can be read at The Millions.


New murals depicting scenes from Russian favorite son Dostoyevsky‘s novels are apparently dangerous to Muscovites psychological well-being. Officials fear such images may prompt commuters to kill themselves or one another. I would have thought the mere act of commuting could do that all by itself, and I wouldn’t recommend commuting and reading The Devils at the same time…


Mark Athitakis posts on the current discussion of contemporary American literature over at American Fiction Notes, and the rise and rise of the “middle-brow.” Perhaps “middle-brow” is to literature, what middle-class is to democracy, an inevitable by-product of human nature’s tendency to move to the center, and this need not be, necessarily, a bad thing.


Daniel McGillvray’s too-short list of the greatest novellas over at Boldtype has an over-appreciation of sci-fi and some flailing holes, some plugged by posters, praise be. Hello? Heart of Darkness? Death in Venice? The Prime of Miss Jean Brodie? Hotel Du Lac? The Awakening? Dr. Jekyl and Mr. Hyde? The Turn of the Screw? And pretty much all of Graham Greene……?