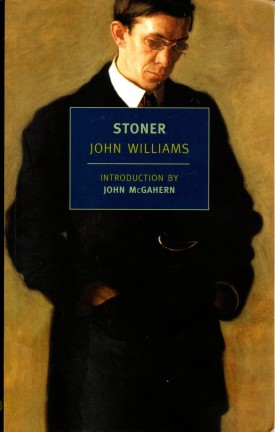 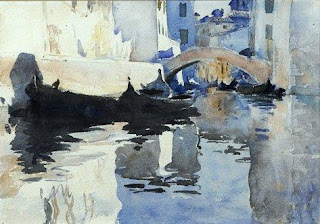 In every writer’s life there is a moment—a pivotal moment—of personal revelation. Maybe it happened when we were very young—we realized we would rather hide indoors with Alice and Peter Pan than join our friends playing outside—or maybe at college—we paused to reflect on a line of poetry in the library, lifting our head from the scratched desk to breath in the damp, foosty air of parchment and pencils, knowing there was nowhere we would rather be than here, in this communion with this soul who wrote these lines so many centuries before but which are now, in this very moment, born again, immortal, a gift set before our very eyes—but, wherever, either through a sudden jolting self-realization, or by the prompting of a mentor, parent, or friend, we knew that what we felt for the written word, for language, was not simply affection, or hobby-like, but a calling, and to which we could, given enough courage and encouragement, dedicate our lives. This moment occurs for Stoner prior to his graduation during a conversation with his mentor. “Don’t you understand about yourself yet?“ asks Sloane. “You are going to be a teacher…. You are in love, Mr. Stoner. It’s as simple as that.” Stoner’s calling is the teaching of literature, and it is this love that allows him to navigate the outer tragedies of his life.

For those who have what I term ‘proper jobs,’ in business or manufacturing or nursing or retailing, it might appear that what writers do, what teachers do, what poets do, is somehow tangential to the real world, somehow on the margins of what truly matters, an assumption which Sloane refutes when he asks Stoner to consider carefully before volunteering to fight in the First World War; “Remember,” he says, “the significance of what you are doing. There are wars and defeats and victories of the human race that are not military and that are not recorded in the annals of history.” By deciding not to fight Stoner risks humiliation but this decision sets him on the path of actualization and a willingness to pay the price that must be paid in terms of solitude, for the life of the mind often requires a turning-away, a turning-in. In an act recognizable to all artists and teachers, he begins to ‘nest,’ to construct a safe exterior space for his interior work to be done, to sculpt a room of his own, and “it was himself that he was attempting to define as he worked on his study. As he sanded the old boards for his bookcases and saw the surface roughnesses disappear… it was himself that he was slowly shaping, it was himself he was putting into a kind of order, it was himself he was making possible.” (And here the writer reaches again for the hankies.)

It takes Stoner some time, though, to have the courage to reveal his love of sharing knowledge, “the love he had hidden as if it were illicit and dangerous.” Like those who write poetry on the sly but suddenly find themselves in a poetry workshop, Stoner experience a feeling of freedom, of having ‘come out,’ and enjoys the confidence it bestows. “He felt himself at last beginning to be a teacher, which was simply a man to whom his book is true, to whom is given a dignity of art that has little to do with his foolishness or weakness or inadequacy as a man. It was a knowledge of which he could not speak, but one which changed him, once he had it, so that no one could mistake its presence.” Stoner’s enthusiasm is solidified through his love affair with Katherine and his realization that all books, all learning, are part of an ongoing conversation about the mysteries of the human condition begun centuries before that will continue long after we are gone and to which, through his book and his students, he has contributed a small part. Therefore at the end of the novel, when he is reflecting back on his life, “It hardly mattered to him that the book was forgotten and that it served no use… yet he knew, a small part of him that he could not deny was there, and would be there.” He honors his parents as Seamus Heaney had, by digging with his pen, cutting his mark into the unforgiving dark earth that, year after year, had extracted its price. Through his teaching he dedicates fruit of the human soul to his students, leaving the soil, the world, a little less barren. As he reaches from his bed to lift his book, he “felt a tingling, as if those pages were alive,” echoing a line earlier in the novel when he’d received the book written by his beloved Katherine, and “his fingers came alive, they trembled so that he could barely open it. He turned the first few pages and saw the dedication.“
Love and lust and learning; to be a man or a woman to whom his or her book is true. This is the writer’s secret hope and our public calling. This is why, after we’ve wiped our eyes and blown our noses at the end of Stoner, we rush outside to sing its praises from the rooftops – and the blogs – not only to those who are writers, but also, critically, to those who are not. We’re not simply saying ‘read this,’ we’re saying ‘read this, so you can understand.’