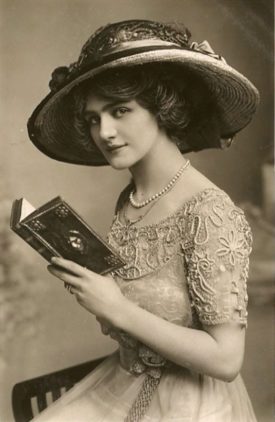 The Laird sticks his fists in his pockets and strides toward the Inn, ignoring the wind sluicing over the Sound and battering the side of his hat. If he didn’t have this meeting with the factor, he’d make off, right now, after that ungrateful whelp and drag him to St. Andrews by the arse of his breeches. He hasn’t seen James since breakfast yesterday, had assumed he’d skulked off to lick his wounds and drown his temper in some sodden alehouse.

But now here’s McFadden, the boatman, just done telling him he took the young master to Ardrishaig the evening afore, in a right fluster, to catch the last steamer up the Clyde. It seems he’s serious. He could wring his neck. One debacle after another. First the debts, then the string of parlor maids the Laird could no longer look in the eye, and now he’s told his father he’s found some lassie in Glasgow he wants to marry even though he’s yet to complete his education and learn the management of the estate, and all despite having been raised to know that any betrothed better come hanselled with acreage and rents.

There was a time when the Laird, too, had little interest in the land but he’d buckled down to it. Done his duty. Would serve his son right if he sired again and disinherited the feckless wastrel, though he doubts he’s the stomach for it. He’ll never find another like James’ mother. Only after her death had he realized how much he’d loved her, and only since her death has he been faithful. For the last ten years he’s forgotten how to be happy. He’s forgotten how to be kind. The last kind thing he did was fulfill her wish not to be buried in the kirkyard because it frightened her so—though, to his shame, he hadn’t fulfilled it immediately. First he’d broken his word and succumbed to the pressure of his position and the Church. But in the weeks following her death he could neither eat nor sleep, until one night he ordered his ghillies to help him break into the Clan vault and remove her. Together they helped him carry her off and, after dismissing them, he had dug a grave with his own hands and buried her under the bluebells in Kilmartin Glen.

He still goes to the kirk for appearances sake—it wouldn’t do for the Laird not to be seen to attend—but the Minister’s never forgiven him. Every Sabbath without fail after the service, the Minister mutters to him that he’s condemned his wife to hell and, if he doesn’t repent, he’s headed there too.

Who gives a fuck? the Laird replies, I’m in hell already.

He scrapes his boots at the Inn’s stoop, a concession made only for Mrs. Taggart. He’ll drag mud without compunction through any other house on his land. He flings his hat onto the counter and heads toward the drawing room, feeling its heat before he’s opened its door. Fire stoked too high, most likely; Taggart swindling a larger bill out his factor.

Edwards springs to attention as soon as he enters, then stands, bent slightly forward with his hands at his sides, with the pandering expression he adopts when he sees money coming. The Laird’s reminded of a dog he once bred that proved too small and hapless for hunting, ratting, or any other conceivable use. It ended up tied in a sack at the bottom of the loch.

They’re not alone. A woman sits at the bay window, her age and features hidden behind the brim of an enormous, impractical, purple velvet hat, circular like an ashette, worn tilted to touch one shoulder of her fitted jacket. She appears to be reading, holding a book, prayer-like, in cupped hands. He’s no interest in, nor knowledge of, ladies’ fashions yet something about her costume feels exotic. She’s not local, that’s for sure. He knows the shape of every woman between here and Inverary.

Good morning, Sir, says Edwards, in an effort to catch his eye.

The Laird ignores him, and steps back into the hall where Taggart’s clattering toward the scullery carrying a bucket of peat.

Oh, Taggart, the Laird calls, one hand still resting on the door knob.

Yes, Sir? Taggart puts the bucket down and joins him.

The Laird lowers his voice. Who’s the Lady by the window?

Oh, that would be, well….Taggart pauses, looks around then smirks.

The Laird’s hoping that Taggart’s not planning to come out with one of his typical bawdy comments, because he’s in a mood to whip somebody into the middle of next week, when Mrs. Taggart walks briskly down the stairs.

What nonsense is he spouting now, Sir? she says.

I was enquiring, Mrs. Taggart, about the identity of the lady in the drawing room.

He’s surprised to see her hesitate because he considers her as sensible a woman as has ever lived, yet she glances at her husband and back.

Forgive me, Sir, she says. I canny mind. I’d need to check the register. Seems very nice, though. Just arrived this morning.

The Laird grunts and nods. He’s not used to folks misunderstanding when they’re dismissed, nevertheless Taggart and his wife dither before him from foot to foot like bad dancers at a ceilidh. Eventually Taggart lifts up the bucket and disappears to the scullery, trailed, reluctantly, by his wife.

The Laird enters the drawing room and closes the door. He stops and considers the woman at the window.

The Laird glances in his direction and grunts. Edwards shrinks back down into his chair.

At the sound of the Laird’s voice, the woman by the window twists at the waist, and turns slowly—deliberately it seems to him— in his direction, revealing coils of russet hair and enormous damp, dark eyes. The quilted underside of her hat gives the impression of her head resting on a lilac pillow. Her cheeks are flushed and—together and at once—he’s assaulted by two memories: one of his son as a child with a fever, and the other of his wife during their most intimate exchanges. His hand rises instinctively to cover his gut. In a moment he’s taken her measure (or thinks he has), while suspecting that she, too, has taken his. She turns away, back to the window, and all the light and warmth of the room, of the entire world turns away with her.

(With gratitude to the Edwardian English actress Lily Elsie for ‘starring’ in the photographs of Molly.)