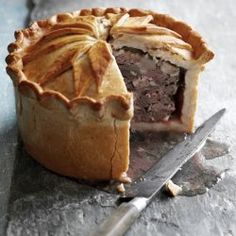 Next to the fireplace the little man, who looks like a pin-striped mole, snuffles over his lunch, which Annie has placed on a card table in front of him, and now the scent of veal and pork pie drifts across the drawing room to hang, heavy, above Molly, where she sits by the window.

She stirs her tea. She’s refused Annie’s offers of food despite her hunger. She’ll have to find another job. Sharpish. Six weeks of repertory in Yorkshire lost by betting everything on this bleeding farce.

She distracts herself from watching the man’s gluttony tussle with his dapper pretensions, by removing her hat and adjusting its feathers and bow. He’s brushing pastry off his lap after every mouthful. The hat’s too large to put on the table in front of her, so she rests it on a neighboring chair. Outside, the mist dissipates, and Colm Castle stares back at her, mute and sullen about the whereabouts and purposes of its occupants, who include, she presumes, the man who’s tricked her into thinking he’s gullible. If he even lives there. If anything he’s told her is true. She plucks at soot on the leg-o-mutton sleeve of her jacket. Unlikely now that its expense will reap a return.

Three years before, her mother had torn a strip off her, after a neighbor blabbed about seeing her sashay across the boards of the Theatre Royal.

I know we’re gie poor, Ma had said, But I never thought a daughter o’ mine would stoop to that.

So far, Molly’s managed not to ‘stoop to that,’ or at least, she’s tipped no more than one to two degrees, by perfecting a sideways glance which combines a capacious dose of come-hither with the threat of a nasty bite. Moreover, she chooses her suitors with care and keeps them at a steady distance, subtly drawing them on with morsels of sweetness—a dropped glove, a lock of hair, a gardenia accepted and slotted carelessly into a moist post-performance décolletage—knowing as she does that one misstep could cause her to stumble and be trampled to death.

On James Malcolm’s first visit to her dressing-room during an interval of “A School for Scandal,” she’d told him that her real mother was Lily Langtry. This was, of course, a dangerous stretch of the truth. Or, more precisely, a lie. She’s never met Lily Langtry, has never worked in a theatre south of Newcastle, but sensed, correctly, that he’d be titillated to imagine he was chasing the petticoats of the illegitimate daughter of the mistress of the Prince of Wales.

She’s had many suitors, but James had been stamping his feet at her fence longer than the rest. She’s bungled the breaking of the rich ones, it’s true, but this is the first time she’s felt angry, not just with him but with herself.  Stupidly, she had become too fond. He could be gauche, boyish, but he’s never struck her as devious, so when he invited her to his family home she’d assumed that he meant it, and that after months of gifts and flirtations, and in exchange, perhaps, for allowing him a little controlled frolicking, he intended to propose.

But, apparently not. He’d told her he’d meet her at the railway station. He didn’t. She’s made a terrible miscalculation. Her quarry has bolted before it was secured.

She glances over to the fireplace. The man’s dabbing at his mouth with a napkin, and eyeing her with a lasciviousness masked as concern. Her blood curdles yet tears threaten, so she picks up her cup and saucer, mustering the expression she uses during stage performances when an actor forgets his lines and she, and the rest of the cast, wait—wait, wait, chin up, eyes forward, hold-steady—for rescue by the prompt. She senses him turn away.

She replaces her cup, then her hat, securing it through her hair with a pin. Three months wages wasted on a railway ticket, a steamer trunk of French underwear, and an outfit already so soiled she’ll be hard pressed to get a crown back when pawned. James had told her once of a wood nearby with bewitched standing stones where local girls left love tokens. Perhaps she could go over there and ask the faeries to break his bloody neck. She straightens her spine and tucks at her cuffs, swithering over what to do next, whether to return to her room or tolerate the stares. Oh, bugger him, she thinks, and stands up. She snaps her skirts behind her and strides across to the fireplace.

The little man draws his knees in with a start. He looks up at her, terrified. Books line the mantel behind him. She leans across, sticks her tongue between her teeth, and tinkles her fingers across their spines before sighing in satisfaction and selecting a volume.

The door opens and Annie comes in, carrying an ale. Molly exchanges a glance with her while ambling back to her table. Annie suppresses a snort at the expression on the man’s face, then lifts the empty plate and gives him the ale.

He shakes his head.

Back at the window, Molly sits down and tosses the book aside. A small boat sails across the choppy grey waters. A cloud’s shadow creeps up the Sound. She slips her fingers inside her reticule, trying to count the coins without looking at them, wishing she’d accepted the offer of the smaller room. She shouldn’t be staying the night at all. The cost of room and board could feed her family for a month.

The boat arrives and jostles against the jetty. Two men disembark. One secures the ropes—she presumes he’s the kindly boatman—while the other walks off without a backward glance, taking heavy louching strides over the same ground she covered earlier, indifferent to the puddles and horse manure spitting at his knee-high boots. Despite his untidy clothes and unclipped whiskers, his gait is confident. He must be rich, she thinks. Only the rich can afford to be both arrogant and slovenly.

Over by the fireplace, the man has turned away and gazes at the flames. His knees are jammed together, the ale balanced on his lap. Neat piles of papers now fan across the card table next to a red tin box. A meeting was referenced at the reception desk earlier but with whom or why, she’s no idea, she’d been too distracted by Annie’s mummery. She tries to calm herself by counting the papers but she’s too far away. Suffice to say there are many. She flips open the book. Fucking Burns. Closes it again. Lifts the lid off the teapot. It’s empty. She sighs. She’s always feared the loss of her reputation, but she realizes now, with dregs of cold tea in her cup, and no crumbs in the saucer, that she fears poverty more.