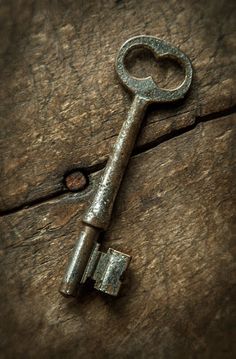 Taggart’s still riled from haggling with the cooper over the new barrels when in comes a lassie followed by auld McFadden, who’s wheezing like the bellows. He clatters an enormous trunk onto the lobby tiles.

The young lady’s, he splutters.

‘Lady,’ my arse, thinks Taggart. Ladies wear tweed and bombazine in the country, not Frenchified velvet. She’s palavering with her reticule when McFadden puts a mucky hand on her arm and says, ‘dinna mind, pet,’ then shuffles off. Silly old sod, she wouldn’t have tipped him anyway. He knows the type. Figure’s a smile’s enough to keep a man’s body and soul the-gether.

She skips courtesies and asks, abrupt like, if he’s rooms for the night.

How many would you be requiring? He makes a show of looking around the otherwise empty hall.

Having it confirmed makes his palms sweat. He won’t even let Jeannie, the skivvy, walk to Mass on her own and she’s got a face and a figure like a crooked cairn.

…Miss Langtry. We’ve a very nice room on the first floor with a fine view of Colm Castle and the loch.

The largest, but given the style of her, he reckons she can afford it. Criminal, though, thinking of that figure, those eyes, that skin, squirming about alone in the big mahogany four-poster and the porcelain tub. She could keep a man sober for ten days if not a fortnight. He opens the registry.

Her hand hesitates over the page, before writing something down. He takes the opportunity to trace a line of freckles dribbling around her neck and under her collarbone before disappearing into the front of her dress. She glances up, sharply, from under that daft hat, and he feels himself flush. He slams the register shut, smudging her un-blotted signature.

Would you mind sending up my trunk? she says.

It’s unlikely but her tone makes him suspect she’s guessed he can’t read, and for the third time today he feels full-riled and diminished. First his father turning up at daybreak to nag about his responsibilities to the croft then insinuating the Inn’s success is due not to his son but his daughter-in-law—true, right enough, but Taggart is damned if he’ll admit it, especially since she’s failed to give him any bairns, and, yes, there’s yet another diminishment—and that bastardin cooper’s swindled him again with re-tarred barrels even though he denied it, and now here’s this arrogant trollop whipping her skirts around, set on ignoring him, and so, before he knows what he’s doing, he’s lunged across the counter and grabbed her arm. She swivels back, eyes ablaze, her hand in a fist, when he hears a familiar tread and lets her go.

It’s Annie. Coming from the scullery beyond the stairs. She traipses across the lobby with that roiling gate of hers, as if she’s either drunk or at sea, buttoning the sleeves of her shirtwaist. She’s always after scrubbing something or other. She stops short when she sees the lassie and Taggart and slaps both hands against her face. He flinches and slips his hands in his pockets.

I canny believe it! she squeals. If it’s no Molly, Molly McBryde!

Annie? the lassie says. Annie Campbell? What in a rat’s arse are you doing here?

The lassie glances in Taggart’s direction after this pretty turn of phrase, and now it’s her turn to blush. Her features lose their snotty edge. Years tumble off her. Fuck, he thinks, she looks sixteen.

It’s Annie Taggart now, Molly, says Annie, joining him behind the counter, hooking her hand through his arm and leaning against him like she always does as though he’s a ship’s mast in a choppy sea. He tries to pull away but, as usual, she doesn’t notice.

And Fergus, Annie goes on, This is our Molly.  She prods him with a tubby elbow. You mind me talking about Molly, don’t ye? We grew up the-gether.

Oh, aye, he says, pretending, or she’ll break his ribs with her jabbing. He never listens to her prattles about Glasgow. Everywhere beyond Lochgilphead is a foreign country. So this pigeon in peacock feathers comes from a slum. He trawls his eyes up and down Miss Langtry or Miss McBryde, or whatever she calls herself, as though comparing the original against some previous description.

No bad, says the lassie.

Annie’s elbow is in action again. Her ma used to feed us when we were skint, Fergus.

The lobby door opens. It’s Edwards, the Laird’s factor. He’ll have come off the puffer up the Crinan Canal. He tips well so Taggart lets his smirk slip like sand off a dune and gives him a resounding ‘good morning.’ Edwards wears his old-fashioned pinstripe frock coat and draws himself to attention before the women, whipping his bowler off and bowing low and fast as a crackerjack.

Will you be staying this evening, Mr. Edwards? asks Taggart, while Annie continues her conversation with the lassie through a silent symphony of elaborate gestures, winking and chucking under her breath, a habit that drives him to distraction, twisting her face like a monkey on a barrel organ, even though the lassie’s gazing at her as though through glass, her eyebrows up. Well, look at the style of you, Annie pantomimes, tilting at the form-fitting costume.

No, thank you, Taggart, says Edwards. He taps the folios tucked under his arm. Just a short meeting with the Laird and then home.

Edwards goes into the drawing room. The door clicks behind him.

And your father? says Annie.

Taggart takes a key off the board behind them.

What room did ye give her, Fergus? Annie places a hand on his arm and inspects the number. Room four? Why’d ye no give her room seven. She wrinkles her nose. It’s smaller, Molly, but no so expensive.

Room four will do fine for me, says the lassie.

Annie’s hand stays clamped on Taggart’s arm. The key swings between them like a pendulum recording the length of the silence.

I was invited by Mr. Malcolm.

No. The lassie tugs at the back of a lilac kid glove. By Mr. James Malcolm.

Ye don’t mean Wild Jimmy? Annie starts to snigger. Every other bairn born in the glen’s got his gormless phiz. Isn’t that no true, Fergus?

Aye, it is, but Taggart now finds himself feeling sorry for this skinny, shivering baggage trailing all o’er Argyll in the wrong clothes after that shifty snob. His face telegraphs Annie to hold her tongue and she covers her mouth.

I’ll be getting peat for the fire, he says. He hesitates, feeling the women’s eyes on him while he calculates what’s best to do with the key, before handing it to Annie. She clutches it against her bodice.

The Laird will be crossing for his meeting soon, he adds, unnecessarily.

She glowers at Taggart, who is slowly putting on his jacket, then drops her voice to a whisper and leans over the counter.

The young master’s no at the castle, she says. He went away the day afore yesterday. Back to St. Andrews, likely. He’ll no be back for a while. Not now the grouse is over, no till Christmas anyways.

The lassie says nothing, just lifts her chin.

Ye’re no in any trouble, are ye, Molly?

Oh, Annie, just give me the bloody key! The lassie takes it and heads for the stairs.

What ye waiting for? Annie says, turning to Taggart. Ye daft lummox. See to Mr. Edwards and then deal with that trunk. And Fergus, leave her be or I’ll have your guts for garters.