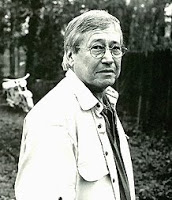 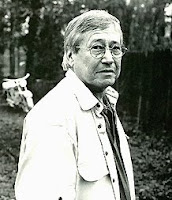 Barry Hannah, the Mississippi-born author of eight novels and several short story collections, including Geronimo Rex (1972), Ray (1980) and High Lonesome (1996), died last Monday at age 67. Vanity Fair carries some writers’ responses, a section from a 2001 interview is available at NPR, and a wonderful profile by Wells Tower from 2008 appears at Garden and Gun.

I ran into Hannah once, outside a lecture hall at Sewanee in Tennessee, on a steamy summer afternoon. He sat on a wall smoking a cigarette and squinting at the heavy white sky. He looked unhappy, but then he often did – he had one of those faces. He began by giving me a blunt but merited critique of my work before confessing that he was concerned that some young writers seem to lack gutsiness. He wanted his students to read the Bible, not for its religious properties but for its inherent lyricism and powerful depiction of character and story. He scoffed at the modern preoccupation with political correctness and the spare, bland sentence. He talked about race and sexual equality with frankness and dark humor. He wanted his students to be brave – he wanted them to tackle things that mattered. He wanted violence and poetry. But too often he was faced with manuscripts about angst-ridden middle-class couples arguing over faulty marriages and wayward children, with scenes set in Starbucks or in the front seats of minivans parked in anonymous, unspecified suburbs, while Hannah had grown-up in a segregated South, experienced alcoholism and cancer, faced down life and death, and wrote with terrific specificity. Take risks, he preached, get off the fence, make your characters love and hate, kill and wound, soar and sink, and always, always, above all, understand how they use language – pay attention to how people talk. Hannah was obsessive about words, and his sentences were like no others, and roiled off the page saturated in granite-toned music.

I met him some years later at another event and re-introduced myself. I suspect he couldn’t remember who I was but was too gentlemanly to say so. He was standing at the side of stage, his cigarette just lit, his eyes watery and melancholy, having, probably, shocked some of the audience. He tended to do that – it was hard for him to do otherwise with folks who sometimes judge on appearances or expect authors to edit the truth out of fiction lest it offend. Yes, he tended to do that, seeing he was so frank, so Southern in accent, male, white, a gun-collector and a proselytizer for both the Bible and Shakespeare as literary guides. His stories depict people as they are, not as we would have them be; when his characters express themselves they do so unfettered by any ‘authorial intervention’ to ensure the prose (and the author) a soft landing. We shared a smile and he shrugged. I’ve done it again, he seemed to say, opened my mouth. Why would we expect our writers to do anything less? I feel privileged to have known him.