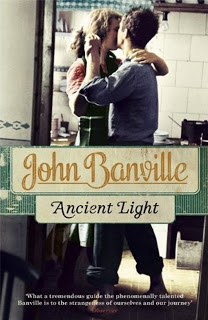 I’d planned to write about John Banville’s latest novel, Ancient Light, but then I read Joan Acocella’s essay in The New Yorker, which gathered my thoughts entirely about his style and works, and with much greater insight and elegance than I could ever possibly muster, so I will direct you to “Doubling Down” instead. Some samples of her erudition:

“Sometimes you feel that, over the past twenty-five years or so, (Banville) has been writing just one long novel….. And the narrative voice is much the same: a man telling you about something in his past – a love, often – and, while blaming himself for selfishness, also trying to excuse himself. Banville has said that the writer he learned most from was Henry James – he told Charlie Rose that James caught what it felt like to be ‘a conscious being in the world.’ But many critics have sensed the presence of Nabokov, above all behind Banville’s May-December romances… and their febrile eroticism, together with, and in tension with, his studied language. The confessional form, in turn, yields the double plot that has become habitual with Banville – past vs. present, the hero then vs. the hero now – and the doubling hobbles the story-line somewhat. Again and again, the characters in Ancient Light do things that they wouldn’t have done if they hadn’t had to conform to the cat’s cradle that Banville has made of his story.”

“For some people, Banville is not a defender of art but a cold fish. His arrogance is legend. When he received the Booker for The Sea, he declared, in his acceptance speech, that it was ‘nice to see a work of art win the Booker Prize.’ Soon afterward, he uncharacteristically tried to mitigate the offense. All he was trying to say, he explained, was that ‘there should be a decent prize for real books,’ by which he meant heavily crafted, highbrow books like his own…..as opposed to what he called the ‘good, middlebrow fiction’ that the Booker judges favored.’ This explanation, needless to say, made everything worse.”

His Benjamin Black mystery series “are not especially distinguished. A murder mystery needs a strong plot, and that’s Banville’s weakness. If you want ambiguity, complication, doubleness – a thick texture – you can’t have shot-from-guns story lines as well.”